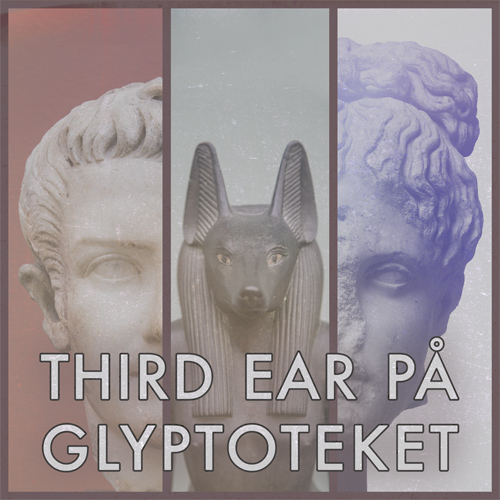 Billetter købes via Billetto her.

Galleri Christoffer Egelund is proud to present the energetic conjunction of the two Danish artists Anne Vilsbøll and Emilie Lundstrøm in the exhibition: Shape Shifting.

In the exhibition Shape Shifting the primal power of the bull and the instinctive energy of the deer are united across a range of different media such as photography, painting, sculpture and installation. With references to history, dreams and myths, Emilie Lundstrøm and Anne Vilsbøll question our rational understanding of our planet and existence in a constantly expanding cosmos. Animal motives take center stage in the work of both artists when it comes to communicating the myth of our human reality. In his book Totemism from 1962, the French anthropologist Claude Lévi-Strauss wrote how ”animals are good to think with”, something that can still be found to be true in the compelling visual universes of Vilsbøll and Lundstrøm.

Anne Vilsbøll’s transfiguration of the bull motive balances between figuration and abstraction and communicates the disparate faiths of the bull: as subject of worship in the East and as object of entertainment in the West. The artist makes her own paper for her paintings which lends to them a very special, rough structure. Her intense work with paper production stems from the belief that what is painted on is just as important as what is painted. The saturated colour fields in combination with the texture of the paper give the pieces a rhythmical variation that seems to detach the motives from the canvases and let them influence the surrounding space..

Emilie Lundstrøm investigates the transformation and cycles of the natural world and its confrontations with ‘civilization’ through her photography. Deer are recurrent motives in her investigations. Nature, represented in the deer, reaches into and collides with human culture as is the case when New York City creates a ”task force” to handle the rising numbers of deer on Staten Island. Nature is cherished and protected but must also be kept under control so as not to threaten the borders of civilization. The deer of Lundstrøm’s photographs look up and confront the human presence.

An interesting contrast comes into being when the textured paintings of Vilsbøll meet the photographs of Lundstrøm. But at times the evident contrasts seem to dissolve when Lundstrøm lets some of her photographs appear grained and unfocused – as to symbolise the unstable limits between nature and civilization.

In the exhibited photograph Arcadia a heavy piece of red fabric hangs from a rope as put out to dry. When placed side by side with the colourful bulls of Anne Vilsbøll, this cloth takes on a very specific meaning. Just as the bull is taunted with the red cloth, we are lured into a fantastic universe where recognisable forms and abstraction live side by side and our world is revealed in the relationship between man and animal.

Emilie Lundstrøm is a visual artist, she lives and works in New York. She has a MFA from ICP-Bard University, NYC  in Advanced Photographic Studies, and a BA (Hons) in Fine Art Photography from Glasgow School of Art. She has exhibited her work at Charlottenborg Spring Exhibition 2011, Copenhagen Photography Festival 2011 and 2012, Royal Scottish Academy’s New Contemporaries Award exhibition, Edinburgh 2012, KE – The Fall Exhibtion 2010, Photographs of Hurricane Sandy, Governors Island, NY 2013 and Mono no aware, Brooklyn Light Studioes, NY 2014, etc.

Anne Vilsbøll is an artist, writer and curator specializing in handmade paper as artistic medium. She lives and works in Copenhagen, in St. Jeannet, France and Udaipur, Rajasthan, India. She studied Art History and the French language at Copenhagen University and the University in Aix-en-Provence from 1970–72 and is furthermore a trained teacher from Jonstrup Seminarium 1972-76. In 1982-84 she studied with professor Frank Eckmair,  Paper and Prints, Suny, Buffalo , New York and with  Nancy O’Banion, CCAC, Oakland and through several years she has done her research at paper mills and paper workshops all over the world (1984-2015). Her work has been exhibited at museums and galleries nationally and internationally, and she has undertaken numerous large-scale decoration tasks among others The Ministry of Foreign Affairs Denmark, Skæring Church, Rolex, Chatelain, Odense University Hospital, Hammel Neuro Center, Dong, Nykredit, Olicom, Foss Electric, Den Kgl. Veterinær – og Landbohøjskole, Silkeborg Music– and Theater House samt Viborg Stadion. 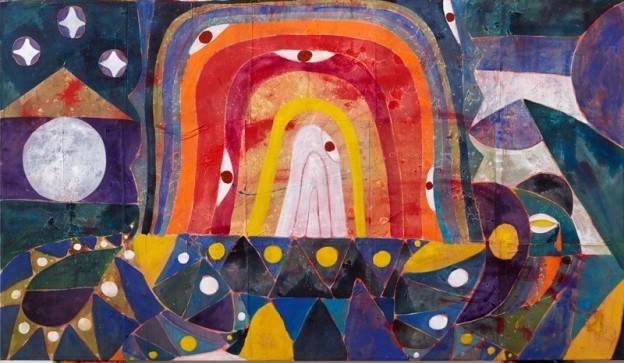 In Alexander Tovborg’s exhibition Bocca Baciata myths play a key role. This evening we will have a closer look at the concept of myths when Tovborg and Pia Skogemann, MA in History of Religions and a practicing Jungian analyst, from each their perspective will discuss the nature and mechanisms of mythmaking. The event will be in Danish.