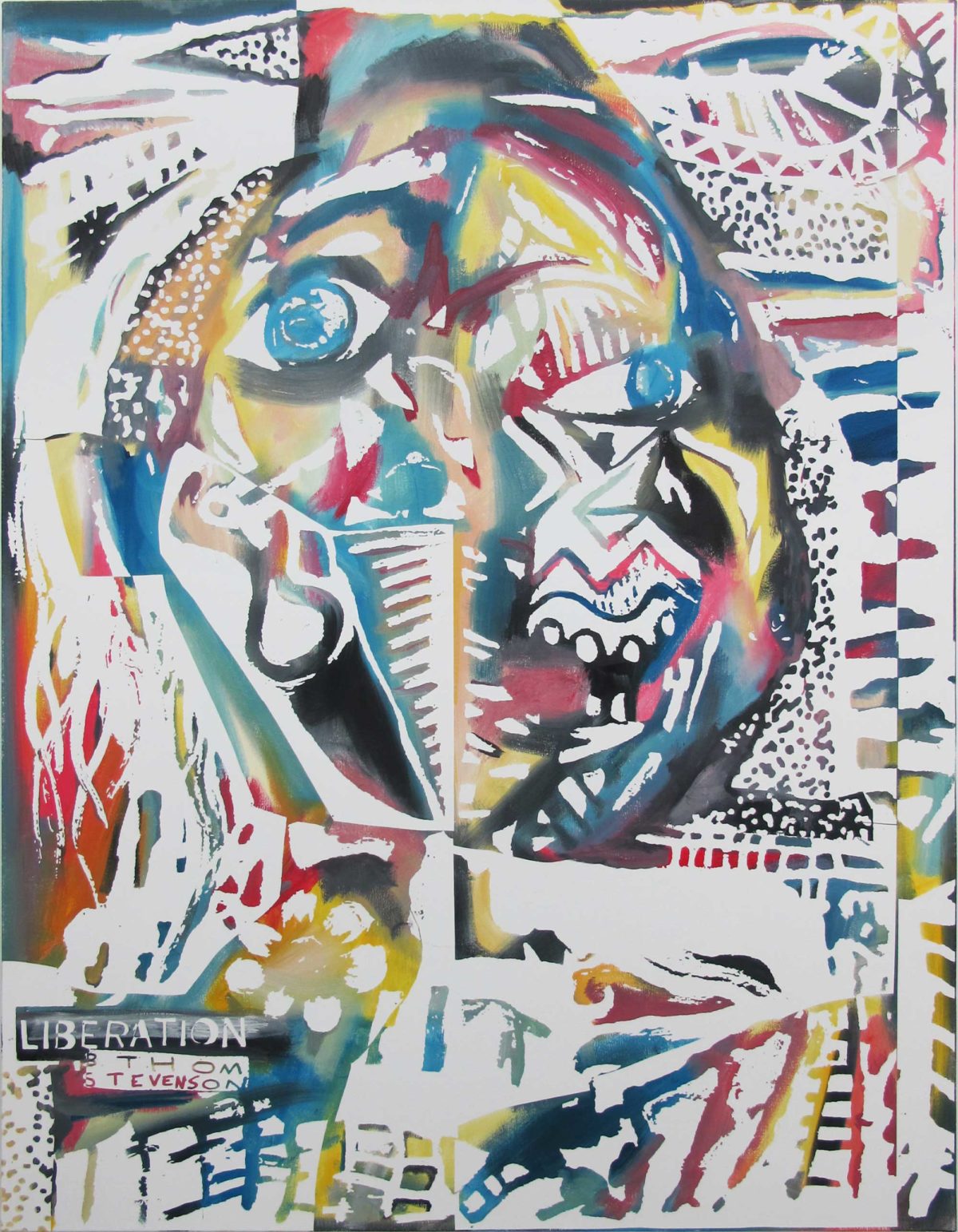 “Conflict is natural in Stevenson’s work. Each painting deals with basic conflicts such as humankind and religion, civilization and nature, society and the individual, and probably the most ancient of them all (wo)man contra self. Archaic problems, but not old news, if we look around us.

The paintings in Tangerine Society engage these concerns. They are dilemma paintings. They are protest paintings. B. Thom Stevenson’s practice is cannibalistic.  Utilizing Xeroxed images of paintings he has painted from Xeroxed images of drawings drafted from observation. Cycles of imagery of images of images. With each rendition mutating and decaying or ascending into new motifs. Text and imagery are culled from an eclectic selection of sources: other artists living and dead, DIY culture, American and Italian cult horror movies, vintage quilt templates, Celtic stone carvings, literature and politics. B. Thom Stevenson is a multifaceted artist that explores the gaps between cultures by boiling down their artefacts in order to juxtapose them in visually impactful dialogues. Pairing both original and sourced materials to form a unique vocabulary, B. Thom explores the use of language as imagery and pictures as communication tools. Stevenson has recently showed at Half Gallery, New York, and The Journal Gallery, New York. Stevenson (b.1985) holds a BFA from Savannah College of Art and Design and lives and works in New York.”