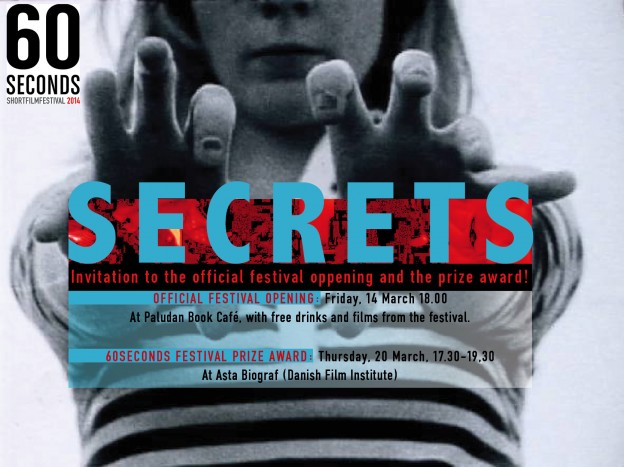 Invitation to the 2014 60Seconds Festival in Copenhagen.

OFFICIAL FESTIVAL OPENING:
FRIDAY, 14 March 18.00,
At Paludan Book Café,
(Fiolstræde 10, 1171 Copenhagen)
The jury will announce the 10 selected films,
see the video selection and celebrate the festival with us.

Both events are open to the public and free.

The films will be on line on the web page from March 14th.
You can vote for you favourite film for the PRIZE AWARD until march 20th. at 12 PM (12 midday)